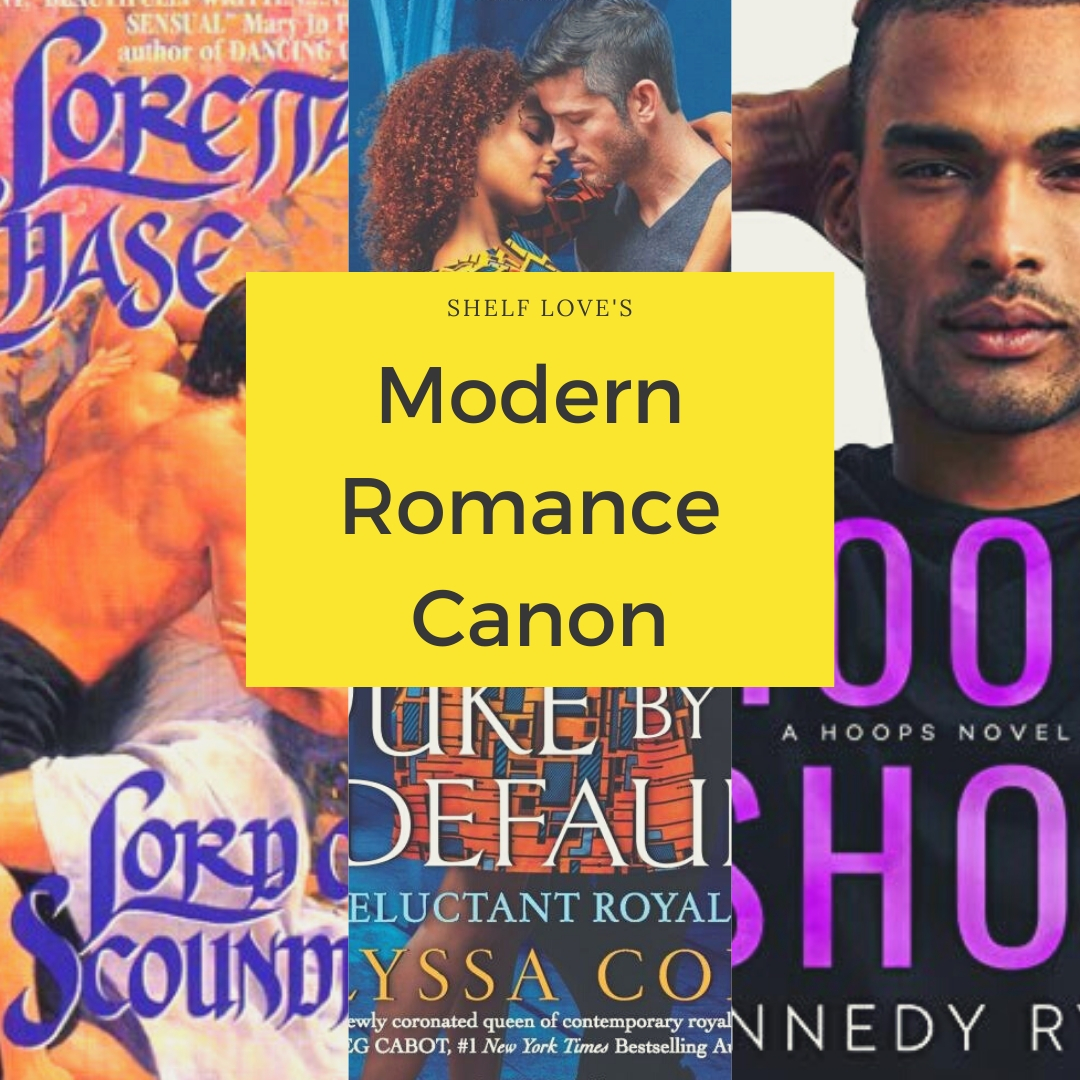 Modern = something that would resonate with a new romance reader in the year it's nominated, i.e. someone who may not have any nostalgia or historical context for why this book matters.

This list is growing with every episode and is by no means a complete list (and you’ll also notice duplicates show up as multiple guests nominate the same book). It’s also completely subjective! That’s why I’m calling these “nominations,” and why I’m trying to get nominations from as many people as possible who each represent a unique viewpoint.

I’ve listed the nominated books below - take a listen to the originating episode to get the full story behind the nomination. Click here to learn how you can contribute to the canon. You can also listen to more about the “why” of this project in episode 052!

Lord of Scoundrels by Loretta Chase

The Winter Sea by Susanna Kearsley

A Duke by Default by Alyssa Cole

A Seditious Affair by KJ Charles

The Kiss Quotient by Helen Hoang

A Duke by Default by Alyssa Cole

Nominated by Bree (from Kit Rocha) in Episode 46: Listen

The Cinderella Deal by Jennifer Crusie

Nominated by Jess in Episode 47: Listen

Nominated by Jess in Episode 47: Listen/Read

I Think I Might Love You? by Christina C. Jones